Is this Love or Obsession – Relationship Story 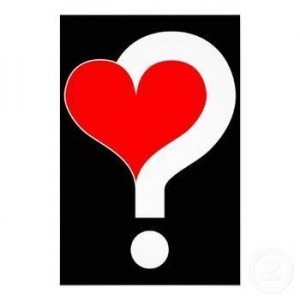 It was the summer of sixth grade, and I unfortunately learned what hormones were. It only took a glance at an average looking, potentially smart, colorful personality boy to say I have a crush. It took me three years to finally say something to the guy that I thought was different. When I first told him, I got a bad answer because he already had his brown eyes on someone else.

So I decided to  wait until they broke up to get back into the game. Before half time, the ball had been intercepted at this point. I got very upset, so I decided that I needed a new game plan. I decided in order to get the ball I had to get to know the ball-hoggers. Here is where I scored a foul, every day I would be on his facebook wall reading what he and my opponents would post.

Then he gave me his number and I called almost every day because I thought I “ loved” him. My sister told me stop calling because I was obsessed. Now I got called bad into the game and its third quarter. I am ten yards from touchdown and I was tackled by my own offense (another girl). I know what you’re thinking your own team mate stole the ball.

At this point my head was completely out of the game. My coach/best friend motivated me to not give up because I’m in the fourth quarter. At that part I fell like Nikki Parker and my crush was professor Ogolvy. With four seconds on the clock, I intercepted the ball and I’m just eight yards away. The ball and I were becoming one.

I thought we had a real relationship. Until I fumbled the ball and I had butter fingers, so I couldn’t pick it up. Then it was all over because a new opponent stole the ball and she kept it as a prize possession. I’ve been trying to steal it or maybe get a rematch. My sister calls it obsession, I call it love.

Fortunately I walked into sport authorities and found myself a nice football that seemed made for me. Its funny now I started out with saying he’s different, and ended up with he’s just like the rest, but who said I didn’t want the rest?

What do you think is this love or obsessions?

I have been dating my girl for a while now and we have never celebrated Valentine’s Day not once during our relationship. Does that make us the odd couple, well you can say that if you want but we are out lasting most of the couples that do celebrate Valentine’s Day.

Before I even start this, please understand that I am not telling people not to celebrate February 14th, hey if into this type of thing, go for it, but just take a look at my take on the whole thing. END_OF_DOCUMENT_TOKEN_TO_BE_REPLACED (1869)